Early 19th century homes have some of the most unique and elegant designs ever built to date. New materials, expanded structural methods, and the birth of the first precision tools in the early 1900’s allowed American architects to adopt designs based on Greek architecture. While this era of structures present an exciting potential home for buyers, it is certainly important to ensure that you are aware of any potential safety risks that may have been acceptable during the homes initial construction, such as Asbestos.

A common curiosity amongst many people today is as to why the use asbestos was so commonly used in construction materials during the late 1800’s, and into much of the 1900’s. What’s so good about it? Being a naturally occurring mineral substance, asbestos provided an effective insulation rating and could be combined with various other materials, such as paper or concrete, creating extra strength in the material. The asbestos fibers are flexible and resistant to heat, electricity, and corrosion. When combined with other various materials, asbestos became a key ingredient to a superior product. 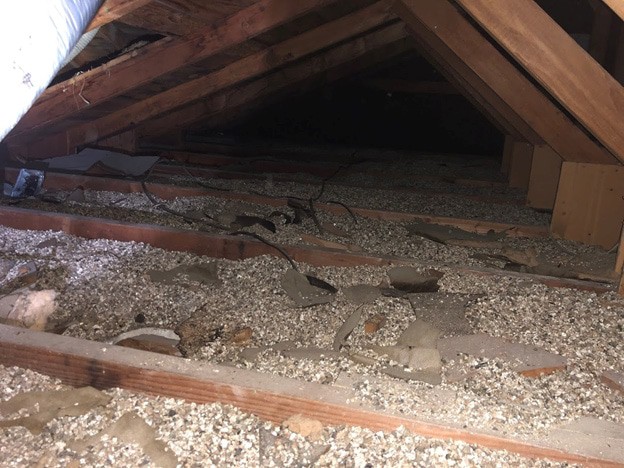 Asbestos mining began in the United States in 1858, and entered full swing in North America during the 1870’s. After a report was released by the U.S. Bureau of Labor Statistics in 1918, the United States government acknowledged a high risk of early deaths amongst the population of asbestos laborers. Microscopic asbestos fibers can be pulled apart, released into the air, inhaled, and remains trapped in the body causing disease over time. In 1989, After years of research in exposure risks and facing industry leader’s denial of such risks, the Environmental Protection Agency (EPA) announced the ban of new asbestos product manufacturing and the phase out of existing products. Two years later, the U.S. Appeals Court overturned the ban and phase out set forth by the EPA. Although many uses of asbestos are still banned, numerous asbestos containing materials are still being manufactured.

Exposure risks to asbestos turned manufactures to other naturally occurring minerals with similar characteristics that would not pose health concerns, and Vermiculite was a reliable alternative. When exposed to a degree of high temperatures, vermiculite expands into low density strands, and cut into light weight chunks. These chunks become extremely absorbent and resistant to fire. Similar traits to asbestos made the material ideal for insulation applications. In 1990, a mine located in Libby, Montana, which was responsible for 70% of the vermiculite distribution in the United States, was closed after it was determined that the mine contained deposits of Tremolite, a type of asbestos, and vermiculite extracted from the mine was contaminated with asbestos.

Vermiculite insulation was sold under a number of brand names and used in a large number of homes built in that era. This factor would cause confusion and concern amongst homeowners who were able to identify the use of vermiculite in their home. Was the brand of vermiculite used for their home’s insulation a type that came from the Libby mine? One of the most common brand names which distributed Libby vermiculite was Zonolite. If you’re able to find an empty bag of insulation left up in your attic space or receipt of the insulation purchased, you may be able to identify asbestos contaminated vermiculite used in your home. Although the only way to determine if your vermiculite contains asbestos is to have the material tested, it is safe to assume that it originated in the Libby mine and that asbestos precautions should be taken. Fortunately, there isn’t much moving around in your attic space where the insulation would pose such immediate risk, but the only way to eliminate the threat is to have the material tested, and removed if asbestos is present. Removing the asbestos can be costly to a homeowner and in most cases, leaving the vermiculite in place and not disturbing, or blowing new insulation to cover the vermiculite is a more common practice. 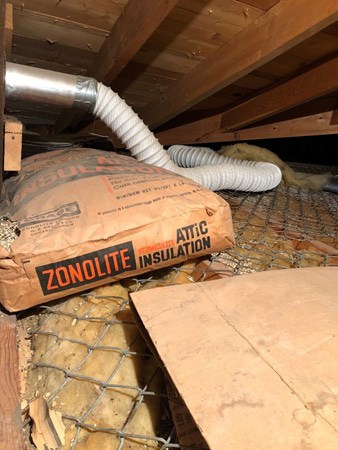 In 2014, the Zonolite Attic Insulation (ZAI) Trust was created to reimburse homeowners with vermiculite attic insulation claims. Under the settlement, the trust will operate for a minimum of 20 years paying claims. You may be eligible for compensation under this settlement if there is visible evidence of Zonolite (empty bag left in attic or receipt from the purchase). If you aren’t sure of what brand was used in your home, ZAI will conduct testing to determine the source. Instructions for submitting evidence, claims, or to have samples tested can be found at https://www.zonoliteatticinsulation.com/S/FAQs