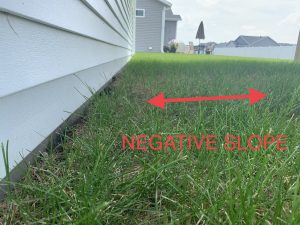 A large percentage of home inspections in our geographical locations likely suggests the improvement of exterior surface grading. In short, it means the ground slope around the exterior of the foundation.

One of the largest, if not the largest, concerns with basements is water. Water seeping into basements causing damage or foundation walls cracking and compromising the structure. These issues are largely preventable at most importantly, a low cost.

When grading around the foundation is negative (ground slopes down towards the foundation) or flat, rain water pools on the ground causing hydrostatic pressure. Hydrostatic pressure is caused by pressure exerted by a fluid at equilibrium at a given point within the fluid, due to the force of gravity. Essentially, that pooled water presses down on the earth and the water in the soil and adds extreme stress to foundation walls. This causes horizontal cracks on walls and ground 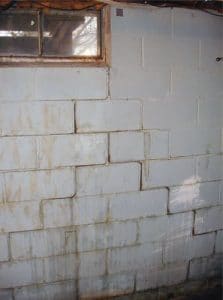 water to find small seams to intrude the home. Once foundation walls reach a certain level of “failure”, repairs to the structure can be extremely costly. In some cases, foundations may need to be completely replaced. 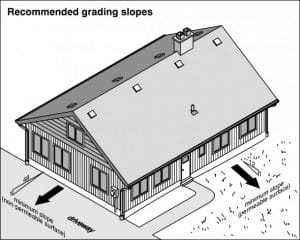